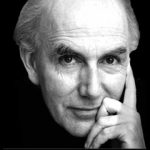 He is a multidimensional Turkish musician who lives in Germany with identities of conductor, composer, pianist and trombonist. He has conducted the Cologne Symphony Orchestra, founded by him, and the Ensemble Mondial Room Orchestra since 1988. He worked on his compositions with innovative composer İlhan Usmanbaş at İstanbul State Conservatory and Joachim Blume in Germany where he received the DAAD scholarship. His more than 50 compositions, including large scale symphonic compositions, were published by Edition Marc Reift and have been performed in Europe and Turkey.

Türkische Fantasie is a composition directly produced by the composer for clarinet and piano. The piece is inspired by Turkish folk music themes, as is the case in many of his compositions. It starts with a slow introduction. A dramatic approach is reflected by the clarinet and lyric references by the piano. The piece quickly turns into joyful dance music. It is one of the most beloved compositions in the repertoire of clarinet soloist Emirhan Tuğa. 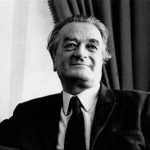 He started playing piano at an early age. He later worked as a music teacher and after passing an exam organized by the young Republic of Turkey received his composition training in Paris. There his primary teachers were Vincent d’Indy and Charles Borrel. He made significant contributions to the development of polyphonic music in Turkey as a composer, conductor, lecturer and ethnomusicologist. He accompanied Bela Bartok in his ethnomusicology studies in Anatolia. He is the composer of the first Turkish opera and oratorio. He was the first person to receive the title of State Artist among ‘’The Turkish Five.’’ His Yunus Emre Oratorio has been performed on four continents and at the United Nations. His chamber music and symphonies are still performed in European countries, particularly in Germany. He has trained many second-generation Turkish composers.

Horon is the general name for a fast folk dance of the Eastern Black Sea region. The composer used this basic form in his many compositions of different stylizations. The Horon section of the suite titled ‘’Demet (Bouquet)’’ produced for violin-piano duo in 1955, is frequently performed independently. In addition, he produced a version of the ‘’Horon’’ composition for piano only. The Clarinet-Piano Horon of the composer, published in 1964, is noted for enabling the clarinettist to display his/her virtuoso qualities. The piece is, however, not regarded as a separate work in Saygun’s own official list of opus numbers. In this recording, Emirhan Tuğa offers a different colouring by adopting a slower tempo in the introductory solo to display the beauty of the timbre. 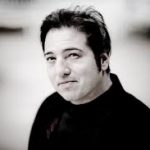 This internationally famous Turkish composer-pianist has received many awards. He studied at Ankara State Conservatory and then at Dusseldorf High Music School on a DAAD scholarship. His first composition teacher was İlhan Baran, the prominent Turkish educator and composer. He uses old “maqam” and folk music in some of his compositions. His opus, currently exceeding 70, is at diverse scales and includes many with programmatic themes. He takes his themes from concepts such as history, Anatolian regional geography, social conflicts, democracy and freedom and incorporates the instruments of Turkish music into some of his works. Several of his pieces were commissioned by large institutions, international organizations, festivals and concert houses. Notes of his works have been published by Schott Music.

The Clarinet-Piano Sonata was commissioned by the Kissinger Sommer International Music Festival organized in Bad Kissingen in Germany and performed for the first time by famous clarinet soloist Sabine Meyer accompanied by the composer at piano in 2014. The first three parts of the sonata bear the names of two regions and a province in Turkey. The first part, ‘’Pamukkale,’’ is about a natural archaeological site globally recognized by its travertine formations. The composition, starting with plucking on piano wires and mysterious timbres of the clarinet, reflects the impressive visual quality of the region. In the second part, “İstanbul Nocturne,” the composer deals with different colours and emotions that may be felt in an İstanbul night and finishes this part with the main theme of ‘’Katibim,’’ which is an İstanbul song globally recognized in different versions. In the last part, “Cappadocia”’, the composer captures the mysterious atmosphere of this Central Anatolian region covered with the natural wonder Fairy Chimney, at times with help from jazzy rhythms. 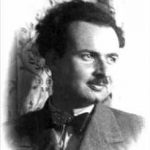 He is one of the first generation composers of the Republic of Turkey, founded in 1923 under leadership of Mustafa Kemal Atatürk, and one of the five significant men of music called as ‘’The Turkish Five.’’ He studied cello and composition at the Vienna Academy of Music and the Prague Conservatory. He was trained by Joseph Marx, Josef Suk and Alois Hába. His works have been performed in some European countries, America and Asia. In addition to his work as a composer, he served as director of various high music institutions in Turkey and taught composition at Ankara State Conservatory. He was granted the title of State Artist and awarded with honorary degrees in different countries.

Allegro Feroce is one of the early works of the composer, which was written during his master’s education in Vienna and also premiered there. It starts with a modern and abstract melody by the clarinet and concludes with themes inspired by Anatolian folk music. The composer later produced a viola-piano adaptation of this work. 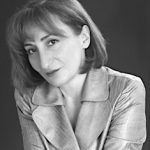 She is noted among the third generation Turkish composers with her contemporary works composed for diverse ensembles. After completing her undergraduate education and achieving qualification in art as a student of innovative composer İlhan Usmanbaş at İstanbul State Conservatory. She worked with several contemporary composers, notably Theo Loevendie in the Netherlands. She participated in various international events as a composer and educator where her works were performed. She has more than 50 compositions in diverse formats. She is still musically active in the Netherlands.

‘’Hasret’’ (Longing) was composed for Emirhan Tuğa to premiere. Despite not having an evident programme, it starts with two meaningful melodies for the clarinet resembling a train whistle and is completed after 7 minutes by starting to attenuate with two train whistles. The clarinet and piano sometimes march to different tunes and this can be described as an expression of searching. The composer describes her work as follows: ‘’This work expresses a yearning for finding what is ’special’ and ‘essential’ anywhere anytime, what is worth being longed for, whatever has remained, and a deep desire to have that feeling of longing. It has no specific place and time’’. 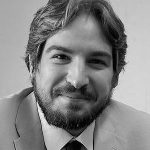 He is a Turkish composer, conductor and pianist who has made major contributions to the popularization of Anatolian and Balkan folk music including ‘’Bülbülüm altın kafeste’’ / ‘’Kundurama kum doldu’’ / ‘’Merzifon karşılaması’’ in the USA. Following graduation from Ankara State University, he received composition training from Reza Vali, Leonardo Balada, Stephen Gryc, Robert Carl, David Macbride and Serdar Muhatov at the Hart School, Carnegie Mellon and Rice University in the USA and completed his master’s degree and PHD there. He became the youngest member of the Society of Composers (SCI). He won many contests and received various commissions. He is the founder and conductor of the Hoppa Project ensemble of which famous clarinettist İsmail Lumanovski is a member.

Miniatures set No: 3 is the third piece of a series prepared by the composer for different instruments and ensembles based on cherished Turkish folk songs. It consists of three folk songs: The first one, “Bülbülüm Altın Kafeste” is a woeful song of the Thrace region with the themes of freedom and love. In this song, the composer reflected the woeful atmosphere by starting with a slow and touching start and then following it with piano in a similar mood. The second piece “Kundurama kum doldu” is a folk song from Çankırı in Central Anatolia where a lover reaches out to his beloved in a teasing manner. The main theme is condensed by the composer for clarinet and goblet drum with a rhythm faster than its masterful and original tempo. The goblet drum is played by Alper Kekeç, a Turkish percussionist. The third song is an instrumental dance from the region of Amasya and played by Turkish baglama. The composer successfully re-arranged the main theme of the song for clarinet and piano with a jazzy approach. The main themes of the folk song are impressively miniaturized into 1-minute long performances. 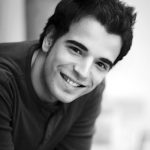 He is a new generation composer who lives in Germany and is noted for his new music compositions. He received training on composition in İstanbul, Rotterdam and Graz. He received the Best Artist Award of the Austria Federal Ministry in 2016, Musikförderungspreis der Stadt Graz in 2016, and the Gaudeamus Award in 2015. His compositions are included in repertoires of leading new music ensembles.

‘’Karlı Kayın Ormanında’’ is based on the main melody of the song composed by Zülfü Livaneli from the poem written by famous Turkish poet Nazım Hikmet in 1956, composed by Aşuroğlu during his studies at Istanbul Conservatory between 2005 and 2008. His compositions currently rely solely on contemporary music and new sound arrangements. This work brings out variations of a popular song that has lyrics that have gained mass appeal. 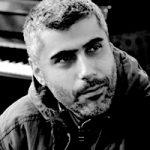 He is a new generation Turkish composer who is well-versed in traditional and mystic music genres. His teachers at Ankara State University were Sevgi Ünal, Serdar Muhatov and Turgay Erdener. Playing various local folk and western instruments, the composer has been recognized for addressing current issues within a mystic understanding in elegiac orchestral works. His musical notes can be accessed at www.sheetmusicplus.com.

Rondo incorporates different rhythms of the Anatolian folk dances. It was produced in 2003 during the student days of the composer. Within the classic rondo format of Western music, the originating folk dance theme is brought out through 9/8 odd meter and the modal structure commonly used in Anatolia and neighbouring lands. 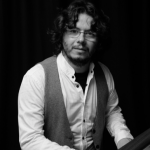 He is a new generation Turkish composer whose compositions are performed by prominent new music ensembles of Europe. He received training in composition and jazz piano at Bilkent, Rotterdam and Amsterdam Conservatories. His composition teachers were Elhan Bakihanov, Klaas de Vries and Theo Loevendie. The influences of jazz, Turkish folk music and Ottoman music are observed in his works. In addition to rich melodic structure and rhythmic diversity, he tries to obtain a modern multi-layered timbre with a stable harmony. He has many compositions that incorporate Turkish, eastern and western instruments. He has also been commissioned for numerous new works. 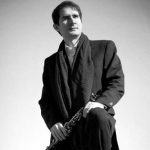 The planner of this CD project is a clarinet master who has maintained his development and music career in the Netherlands after completing his education at Ankara State Conservatory as a student of Ekrem Öztan. In addition to being a performer, he is also active in composing and arranging.

‘’Hi-Caz Mandra’’ is a lilt of the composer inspired by dance music from the Black Sea Region in Anatolia. ‘’Mandra’’ is the name given to an anonymous Balkan air with syncopated rhythm. This genre is commonly seen on the Black Sea coast and in the Balkans. The composer produced an impassioned dance by using the characteristic tones and ornaments of “Mandra.” The prefixed “Hi-Caz” has been used as a pun to refer to both Turkish “maqam” and jazz elements. He included this piece, generally performed as an ‘’encore’’ in his concerts, into the CD project upon insistence of pianist Edzo Bos.