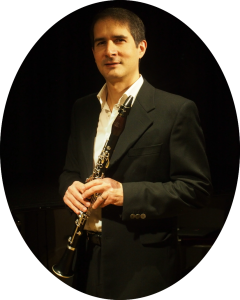 Emirhan Tuğa combines Western Classical and Balkan Music cultures in his musical interpretations to create his own musical identity in performances on podiums internationally. Tuğa gives solo concerts and performs with various European chamber music ensembles and orchestras in the Netherlands, Belgium, Turkey, Japan and the USA.

Together with pianist and composer Yuka Tada, he released his first album in 2012 consisting of works from composers such as Schumann, Beethoven, Poulenc, Piazzola, Baker and Usmanbaş. During his tour to introduce the album, Tuğa visited the Ankara Music Festival, Eskişehir and İstanbul in Turkey, Hiroshima, Kyoto and Nagano in Japan and Amsterdam in the Netherlands. He gave solo concerts in the USA in May 2015 at the invitation of the Colorado Springs Orchestra. He performed works from W. Lutoslawski and A. Piazzola written for clarinet and orchestra.

Tuğa has given seminars on clarinet and music training in the Netherlands, Finland, Turkey and the USA as an ensemble coach and lectured a clarinet master class.

He adapted Turkish Canto and Tango music under the title of ‘Tombaz Ensembe’ (Variete Orientel). With the band ‘Tombaz’ he also undertakes music projects and concerts.

In his concerts, Tuğa favours works created by composers inspired by their own folkloric themes. He arranges instrumental adaptations of traditional Anatolian and Balkan music for clarinet, piano and chamber music groups.

He founded the ‘Antre Music Foundation’ in Amsterdam in 2010 to introduce younger generations to Balkan music. He is active as the artistic director of the foundation responsible for training, research and performance activities. Antre provides workshop activities and ensemble courses in the Netherlands for those interested in Balkan music and wishing to receive training. Antre organises European Union supported research programmes, gives concerts with young and professional musicians participating in International Music Exchange Projects, and records CDs.

Encouraged by composer İstemihan Taviloğlu, who discovered Tuğa’s interest in music at a young age, Tuğa enrolled at the Ankara State Conservatory and graduated from the clarinet class of Ekrem Öztan. He won the Istanbul Philharmonic Association’s foreign scholarship to attend the Amsterdam Conservatory where he earned his master’s degree under the supervision of Emiel Kleymeer and Piet Honingh.

Emirhan Tuğa lives in Amsterdam, the Netherlands, performs both solo and with chamber music ensembles. He is an ensemble coach at the Amsterdam School of Music and the Amsterdam Conservatory. 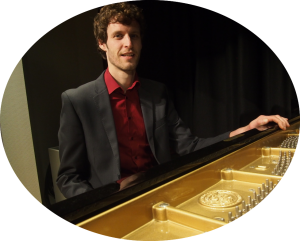 The Dutch pianist, Edzo Bos, studied at the Groningen and Genève conservatories with teachers Paul Komen, Nata Tsvereli and Paul Coker. After obtaining his masters degree in 2011, he took private lessons with Milla Baslawskaja and with Jaap Zwart and he obtained a degree in music education at the Amsterdam Conservatory. At the Utrecht Conservatory, he was taught by Fokko Oldenhuis and Rob Vermeulen and obtained a degree in choir conducting.

As a young talent he won a third and a first price at the Princes Christina Competition in the region North in the Netherlands, and he was laureate at the Harten Aas Trofee, a prize from the Prins Claus Conservatorium in Groningen.

Edzo is a passionate player of chamber music and lied-accompaniment. He plays in a duo with mezzo-soprano Anneloes Volmer, in a piano trio with violinist Lucia Boeken and violoncellist Anne Korf de Gidts and in the ‘Trio Nomade’ with baritone Sinan Vural and clarinetist Emirhan Tuğa. Apart from playing classical music, the ’Trio Nomade’ also plays lighter repertoire such as the ‘Chanson Francais’.

Edzo performed as a soloist in the Beethoven 4th piano concerto and in the Grieg piano concerto, together with the Valkenswaards kamerorkest under the baton of Sander Teepen. With the chamber choir ’Musica Amsterdam’ conducted by Herman Rouw, he played as a soloist in the ‘Concerto pour piano et choeur’ by Géza Frid. As a conductor himself, he performed the J.S. Bach Magnificat with the ‘Amsterdamse Bachvereniging’.

As a pianist, he undertook concert tours to the United Arab Emirates, Oman, Hungary and Turkey. In 2018 he plans several international concert tours. In March he will go to Moscow, where he’ll accompany the Russian chamber choir ’Soglasije’ under the baton of Sergé Latychev. The program will include the Mattäus passion by the Russian composer Hilarion Alfeyev. With the one-handed flutist Edit van der Burg, Edzo will play concerts in summer in both Scotland and in the Netherlands.

Together with clarinetist Emirhan Tuğa, he will release a Turkish classical music CD in early 2018. This release will be followed by a concert tour of Turkey in February 2018.